Executive Board consists of the elected officers, immediate past president and the Parliamentarian. To view a list of the committees as well as their respective duties, please click on the links provided. 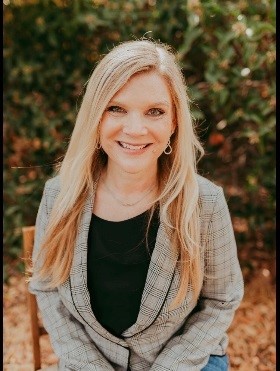 I am delighted about the next year in the San Francisco Legal Professionals Association and my new role as President!  I have many events planned in order to make our association fun as well as continuing with educational events for our members and to make this year an even better one.

Members are welcomed to email me at president@sflpa.org or francieskaggs@gmail.com with any suggestions or requests for Brown Bags or events that we have not offered.  I will try and do what I can to make it happen.

Now, let’s have a wonderful year together! 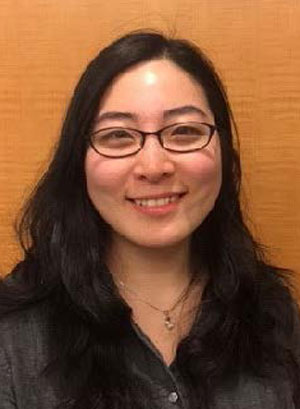 Jenny joined the SFLPA in fall 2019 after attending a brown bag meeting earlier in the summer, and much to her surprise, was appointed as a member of the Programs Committee in November. Despite being thrown into this role and being new to the SFLPA, she quickly stepped up and helped plan and execute the holiday party in December 2019, and the first general membership meeting in January 2020.

Jenny’s legal career began as an administrative assistant with Baker McKenzie in 2015. Her work ethic, team spirit, and professionalism paved the way to her advancement to her current role as a Paralegal with Baker’s Corporate and Securities practice group, as of 2018. She graduated from UC Berkeley with a Bachelor of Arts in Psychology, and served as Social Chair for two different student clubs.

Jenny believes her history of demonstrated service and leadership make her a strong candidate for Vice President. She plans to grow membership by increasing marketing and communication efforts online, and by hosting casual drop-in study sessions where current and prospective members can feel connected to SFLPA by either working on something professional, or mingling with others. 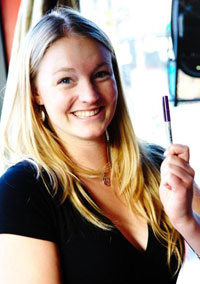 Kristen Craig-Reed has returned to the role of SFLPA Secretary for her second year. She has been a member of the SFLPA for a full 10 years, always actively participating in and helping to run the various events put on by the organization. She helped orchestrate many membership/fundraising events such as happy hours, BINGO nights and Silent Auctions. Kristen served as SFLPA Delegate for the Annual Conference in 2014 and was on the Nominations Committee in both 2014 and 2019. Additionally, Kristen was a member of Francie’s Education Committee for the Three-Day Legal Education Seminar in both 2018 and 2019. Prior to being hired as an Account Executive at Barkley Court Reporters, Kristen worked as a Receptionist/Legal Secretary in a small San Francisco law firm. Had she known about the SFLPA during her three years working at the law firm, she would have joined back then! 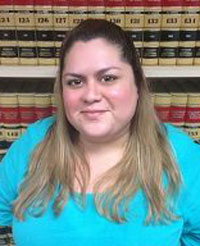 Sally Mendez was born and raised in San Francisco, and is a Past President of the San Francisco Legal Professionals Association.  She was also Editor of SFLPA’s monthly newsletter, The Hearsay, for twelve consecutive years. She has held several different Board member positions and was Career Promotion/Scholarship Program Chair for Legal Professionals Incorporated. Last year, Sally was presented with the President’s Award for her above-and-beyond-duty accomplishments which included taking on the new role of Website Editor while serving as Secretary, and later volunteering to serve as pro tem Treasurer using her past experience as  Treasurer of this Association to pick up the pieces and run the finances of the Association on  a moment’s notice; helping to conduct an audit as a result of the sudden replacement of the Treasurer.  There were many challenges during the past year that Sally met and succeeded in.

Today, Sally is the permanent Treasurer and has already handled a variety of new tasks that fell to her under the office of Treasurer including reestablishing new bank accounts, coordinating online credit card payments, and serving as the Advertising Marketing Chair to sell advertising space on SFLPA’s website.   Sally currently works as Legal Secretary at Weinberg, Roger & Rosenfeld and has been working in the legal profession for twenty years. 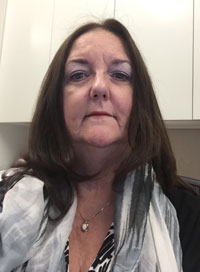 Christine Flores is a Certified Bankruptcy Assistant and is employed at Orrick Harrington & Sutcliffe LLP where she has worked for many years.  Chris has been a member of San Francisco Legal Professionals Association (SFLPA) since 1990.  Since that time she served as President of SFLPA from 1993-1995, 2000-2002, and 2010-2015.  She has been Governor for the past five years and served in other capacities such as Vice President, Historian, and Legal Procedures Chair, and member of the Education Committee. Chris was also President of an East Bay chapter of Legal Secretaries Incorporated (LPI) and served on the Bay Area Legal Forum as Secretary and Second Vice President.

As Governor, Chris represents the members of this Association at general assembly meetings held during each LPI quarterly conference and reporting back to the membership what was discussed upon her return from each LPI conference and casting the vote of the Association in accordance with the wishes of its members. The Governor is the liaison between the Association and its corporate parent; passing information between the two entities such as news of upcoming events and any other pertinent matters presented at each conference.  The Governor is also responsible for managing the timely responses from the Association officers and committee chairman to the directives issued by their counterparts at LPI on a quarterly basis.

Fianally, it is Chris’ duty to keep track of the Association Chapter Achievement points which are part of a contest between other Associations under LPI that are comparable in the number of members and are determined by membership participation in a number of activities in support of neighboring Associations under LPI.  Chapter Achievement Awards are presented every year at LPI’s Annual Conference in May and it Chris’ hope that SFLPA will earn an award for its participation at the next annual LPI conference. 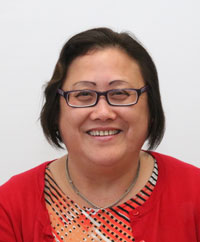 May was born in Hong Kong to a large Asian family of eight children. When she was about six years old, her family immigrated to the United States. May’s siblings grew up in the heart of San Francisco’s Chinatown.

May has been in the legal field for about 18 years assisting estate planning sole practitioners with their probate cases. She began her own freelance probate document business in 2010, when she first joined the SFLPA.

“SFLPA has enriched my life, both personally and professionally. The members of SFLPA are wonderful, decent, fun and yet hardworking individuals. It is always a joy to attend SFLPA events and to spend time with my esteem colleagues. I credit SFLPA for helping me launch my freelance business for which I am eternally grateful. Now is the time for me to give back to the SFLPA organization. I look forward to serving as SFLPA’s Parliamentarian, and to contribute to the continuing success of SFLPA in any way that I can.” 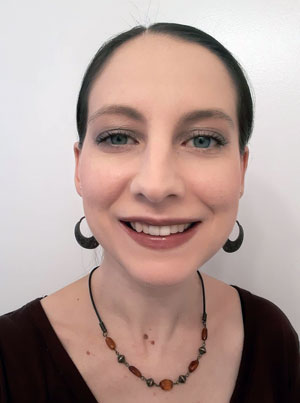 Editors of The Hearsay

Kate Cochran is a legal secretary at the law firm of Coblentz Patch Duffy & Bass LLP. She is delighted to join the SFLPA Board as the Co-Editor of The Hearsay.  Kate wears many hats and loves to host Spa Day as a beauty consultant—just one of her side hustles!  Kate lives in downtown SF with her husband Eric, 5-year-old Izzy, and grouchy old cat, Tulip.  You can usually find them taking snapshots of local graffiti art, looking for bugs at local parks, and running around Union Square at night. 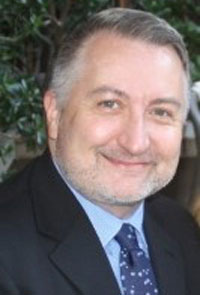 Larry has over 30 years of legal support experience.  His journey began in Southern California in data processing and his eagerness to learn coupled with his synergistic perspective toward Customer Service allowed him to excel and grow through a variety of positions leading to Management.

In May of 2003, Larry joined First Legal as the Operations Manager of the San Diego office.  A year and a half later, he was transferred to the San Francisco Office serving in the same position.  After developing a rapport with the customer base and successfully handling their needs and concerns, he was later offered and accepted a position in the newly formed ‘Customer Service Department’ as its director.  After heading up the Customer Service team for seven years, Larry transitioned into another newly developed department for First Legal, Learning & Development.  He moved from San Francisco and now works in the Corporate Office of First Legal in Henderson Nevada where he works to serve First Legal’s customer base throughout the United States.

Larry has also served on a variety of positions within several organizations.  As a competitive Roller Skater, he was a member of the National Team from 1988 through 1991 winning 5 World Medals, two of which were Gold.  As an elite competitor, he was elected by his peers to serve as the ‘Athlete Representative’ for roller sports, on the United States Olympic Committee’s Athletes Advisory Council.  As result, he also served on the US Roller Sports Board of Directors as an athlete representative.  He served in this capacity for 8 consecutive years.

Larry has also been an active member of the San Francisco Legal Professionals Association for the past 8 years.  He has served as Vice President, President and is currently the Executive Advisor.  Through his many years of service in the Legal Community, Larry possesses a very strong understanding of the court system on both State and Federal Levels.  He has a wide range of knowledge on handling Service of Process requests from Small Claims, to Family Law, to Civil, Unlawful Detainer actions, as well as handling Writs of Possession.  He works diligently with his staff and is instrument in developing and educating any changes in the Court System to ensure everyone is up to speed on rule/policy changes so that the customer has a great user experience across the entire First Legal. 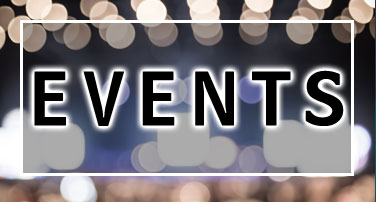 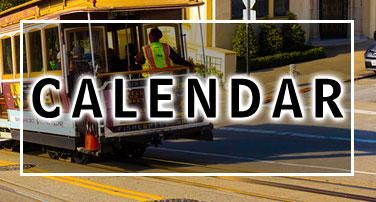 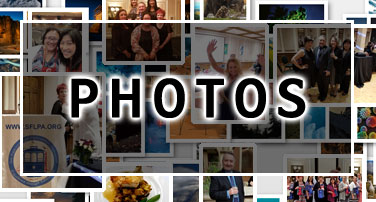